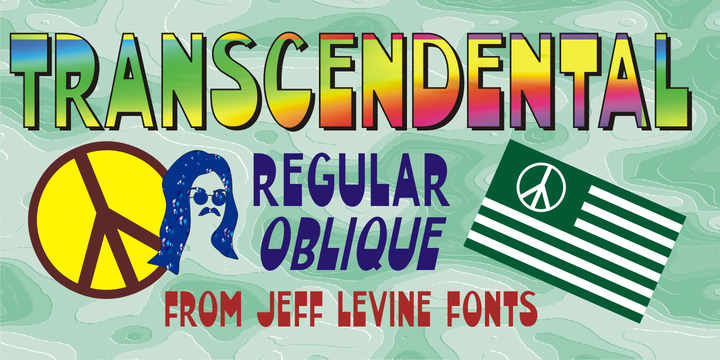 What is the Transcendental JNL font?

At first glance, Transcendental JNL looks like a 1960s or 1970s-era “Hippie” type face, hence its “love generation” name.
However, the actual inspiration comes from a piece of sheet music from the early 1900s with Art Nouveau influences.
It is often proven that what goes around certainly does come around in art, fashion and lettering. More…
Transcendental JNL is available in both regular and oblique versions.

Here is a preview of how Transcendental JNL will look. For more previews using your own text as an example, click here.

No, every font we feature is a premium, paid-for font. Please don't waste your time looking for a free download of Transcendental JNL.

If you really want Transcendental JNL then click here to visit the download and purchase page on MyFonts to get it with the proper license. The designer and publisher deserves to be paid for their work. :)