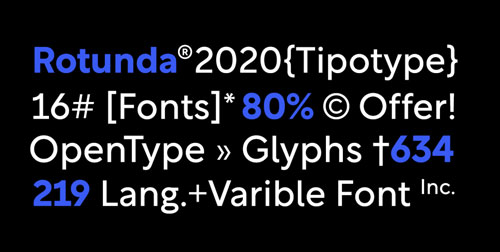 What is Rotunda Font

It has a very strong identity and personality with a very British feel. This font has the potential to be a true 21st century modern classic as it’s stylish, firm, humanistic, solid and elegant.  Thanks to its ample character set and many variables, it stands as a versatile, all-terrain font.

It includes a very thorough coverage for a wide variety of Latin alphabet-based language families. 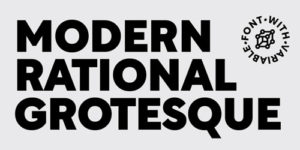 Here is a preview of how Rotunda Regular will look. For more previews using your own text as an example, click here

No, every font we feature is a premium, paid-for font. Please don't waste your time looking for a free download of Rotunda.

If you really want Rotunda then click here to visit the download and purchase page on MyFonts to get it with the proper license. The designer and publisher deserves to be paid for their work. :)