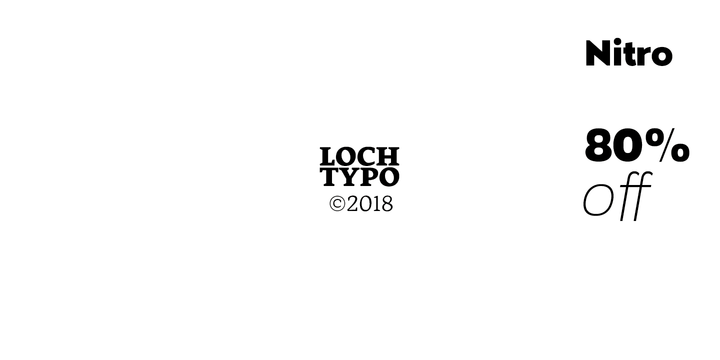 What is the Nitro font?

Slightly pointed apex in some glyphs, 27 styles, thin to black, oblique and italics, closed apertures and simply are the characteristics of this typefaces.
The cedilla mark are different than ‘traditional form’, help to unify the concept overall. G, L, Y, a and y has alternates glyphs.
Called it Nitro.

Here is a preview of how Nitro will look. For more previews using your own text as an example, click here.

No, every font we feature is a premium, paid-for font. Please don't waste your time looking for a free download of Nitro.

If you really want Nitro then click here to visit the download and purchase page on MyFonts to get it with the proper license. The designer and publisher deserves to be paid for their work. :)