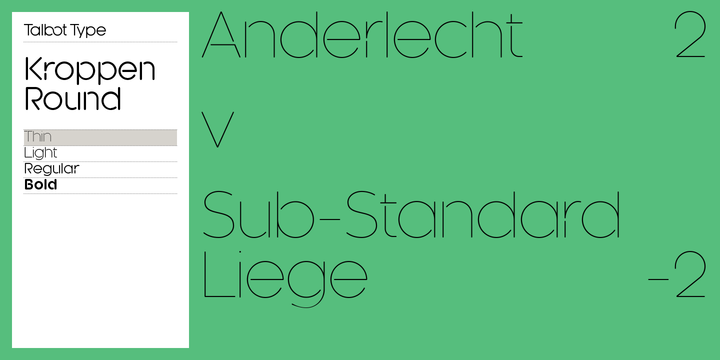 What is the Kroppen Round font?

Kroppen Round is a geometric, stencil-style font based on Talbot Type Kaleko Round, and is available in four weights. Kroppen is not strictly a stencil font given that several characters, notably the O, are not stencilled. The design has more to do with achieving each character from a single stroke, or series of single strokes.
Kroppen Round features an extended character set to include accented characters for additional Central European languages.

The Kroppen Round includes the following font families:

Here is a preview of how Kroppen Round will look. For more previews using your own text as an example, click here.

No, every font we feature is a premium, paid-for font. Please don't waste your time looking for a free download of Kroppen Round.

If you really want Kroppen Round then click here to visit the download and purchase page on MyFonts to get it with the proper license. The designer and publisher deserves to be paid for their work. :)