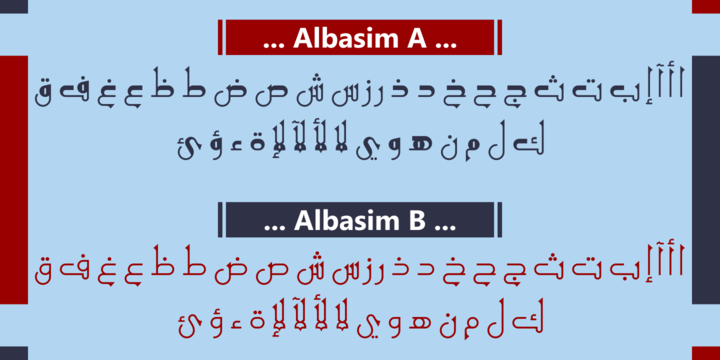 What is the HS Al Basim A font?

HS Albasim A is an Arabic display typeface. It is useful for headlines, books covers and other graphic projects.
It is a collaborative effort, as “HS Albasim A” first letters were designed and drawn by Basim Salem Al Mahdi from Iraq and then developed and digitalized as a typeface by Hasan AbuAfash from Palestine. More…
The font is based on the simple lines of Fatmic Kufi but was it distinguished by two main ideas: First, it contains a nice serf in the vertical strokes of its letters. The second, some of storks in its letter differ in the thickness instead of being similar, as it is in the Fatmic Kufi style.
The font contains only two weights: regular and bold. Both of them support the OpenType features of Arabic, Persian and Urdu.

The HS Al Basim A includes the following font families:

Here is a preview of how HS Al Basim A will look. For more previews using your own text as an example, click here.

No, every font we feature is a premium, paid-for font. Please don't waste your time looking for a free download of HS Al Basim A.

If you really want HS Al Basim A then click here to visit the download and purchase page on MyFonts to get it with the proper license. The designer and publisher deserves to be paid for their work. :)