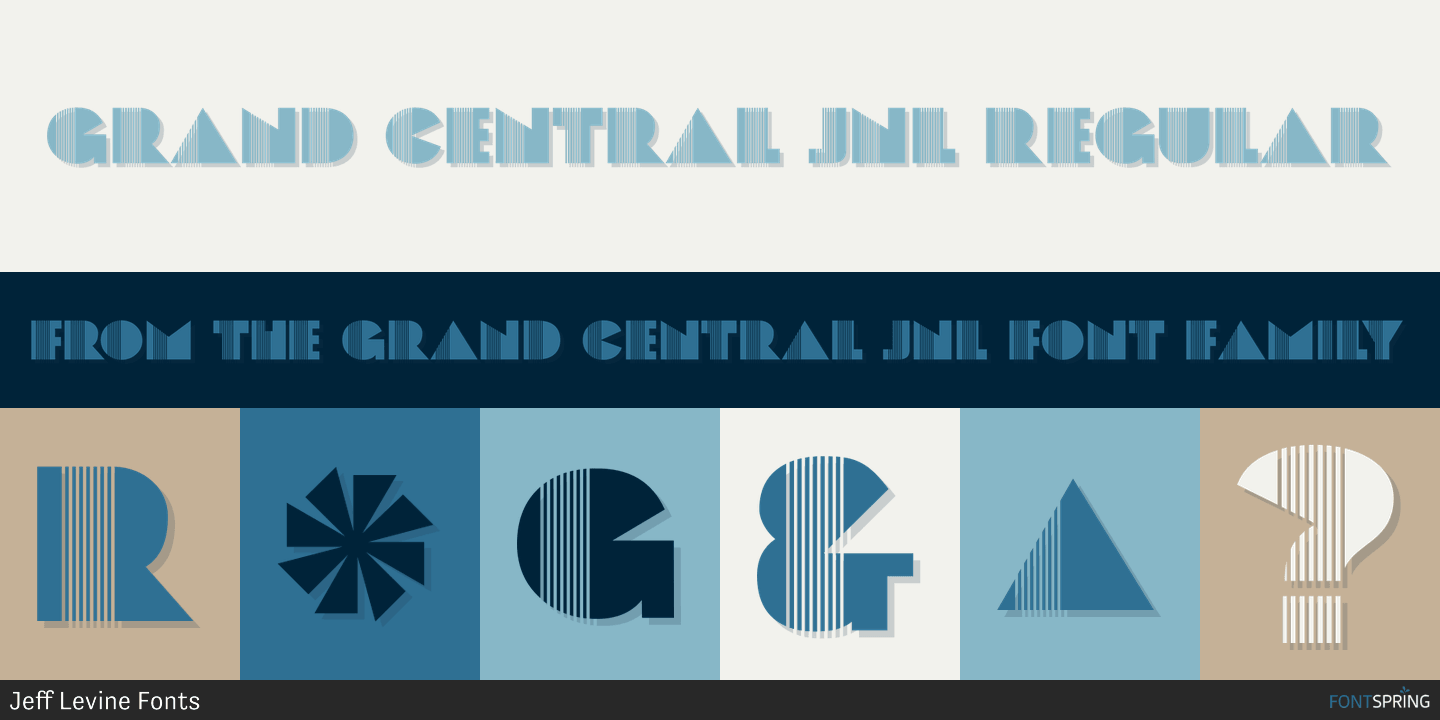 What is the Grand Central JNL font?

Grand Central JNL is named for the most luxurious train depot in the nation—Grand Central Station in New York City.
This multi-line Art Deco font is reminiscent of all of the glitz and glamour associated with Manhattan in the 1930s and 1940s.
Modeled from Jeff Levine’s Parkitecture JNL, its roots go back to the popular typeface best known as Eagle—a lettering design most associated with the NRA posters of the Depression era.

Here is a preview of how Grand Central JNL will look. For more previews using your own text as an example, click here.

No, every font we feature is a premium, paid-for font. Please don't waste your time looking for a free download of Grand Central JNL.

If you really want Grand Central JNL then click here to visit the download and purchase page on MyFonts to get it with the proper license. The designer and publisher deserves to be paid for their work. :)