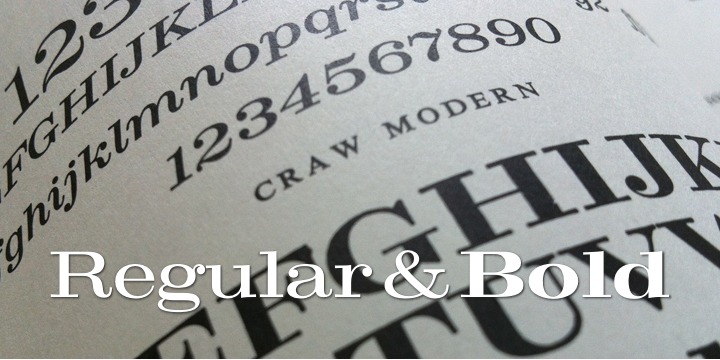 What is the Craw Modern™ font?

Craw Modern was designed by Freeman Craw in 1958 and first released by The American Typefounders Company, (ATF).
In typography, ‘Modern’ is a style of typeface (classification) developed in the late 18th century that continued through much of the 19th century. Characterized by high contrast between thick and thin strokes and flat serifs. Bodoni is among the most popular of the Moderns.
Moderns are also known as Didone and New Antiqua.

Here is a preview of how Craw Modern™ will look. For more previews using your own text as an example, click here.

No, every font we feature is a premium, paid-for font. Please don't waste your time looking for a free download of Craw Modern™.

If you really want Craw Modern™ then click here to visit the download and purchase page on MyFonts to get it with the proper license. The designer and publisher deserves to be paid for their work. :)