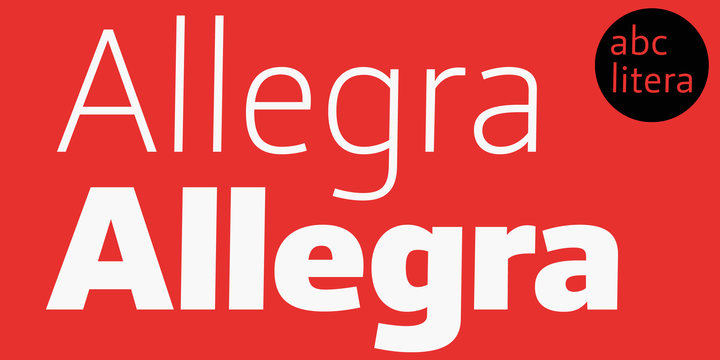 What is the abc Allegra font?

Allegra by Jost Hochuli is a sans-serif mo­noline with classical proportions, in seven weights, roman and italic. It was designed principally for book typography. As the counters are open, Allegra is also suited for signage and lettering. All fonts are provided with sufficient accents to be usable for virtually all scripts based on the Latin alphabet.

Here is a preview of how abc Allegra will look. For more previews using your own text as an example, click here.

No, every font we feature is a premium, paid-for font. Please don't waste your time looking for a free download of abc Allegra.

If you really want abc Allegra then click here to visit the download and purchase page on MyFonts to get it with the proper license. The designer and publisher deserves to be paid for their work. :)